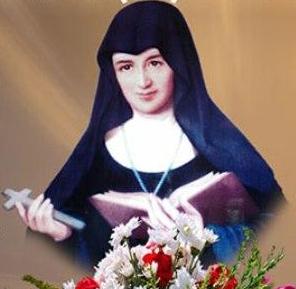 Anne Marie Javouhey was born in the modest village of Jalanges in the Dijon area of Eastern France on 11 November 1779. From these humble beginnings, she eventually travelled to many remote and dangerous parts of the world. She was a woman with a strong mission from God and her inspirational crusading spirit led her to found a religious Order that still works and thrives in the world of the 21st century.

God gave Anne Marie Javouhey some quite remarkable gifts, intelligence, breadth of vision, initiative, strength of character. The story of her life that is known to us and as reflected in her 1,041 letters is the story of her use of God's gifts, her correspondence with His grace. She used every ounce of effort her whole life through; at seventy, she was still trying, still making a fresh start.

By the 1851 she had already established the Convents all over the world — in Africa, South America, India (1828), West Indies and Islands of the Indian, the Pacific and the Atlantic Oceans. In these places she started houses of education, leper settlement, rehabilitation centre for the emancipated slaves, hospitals, mental homes, refugee centres for the old and infirm and very soon started flourishing everywhere.

She was genuinely a woman ahead of her time as evidenced by the comments of the great of the good who knew of her and her works. Pope Pius IX referred to her as "the first woman missionary", Louis-Philippe of France described her as "A Great Man".

Till today, 162 years after her death, her holiness, virtues and her dynamic leadership are constantly attracting young girls to this congregation. At present there are more than 4,000 Sisters of every nationality following the footsteps in the service of humanity with the motto:" May God be glorified! In everything and everywhere may his Holy will be done!"

Thus, her wonderful story continues in Bethany through her Sisters, all the staff members and the pupils.